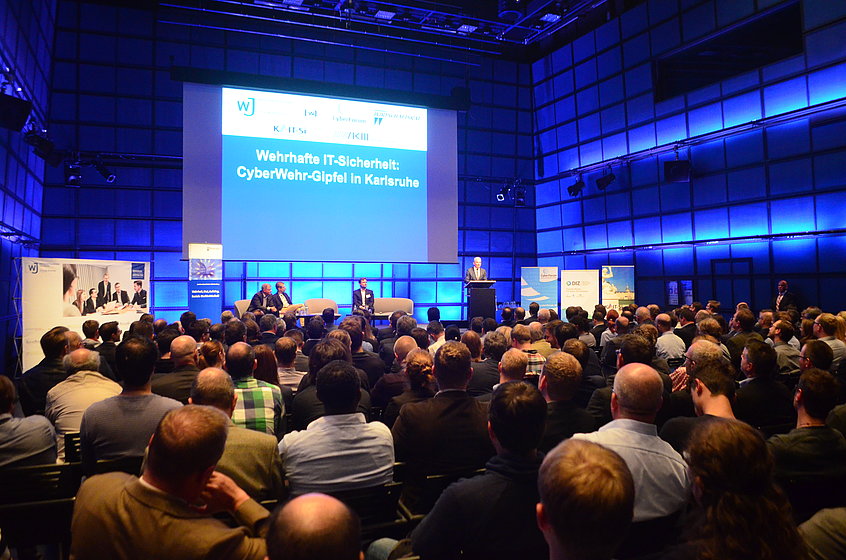 What to do in case of a cyber attack? In order to offer companies fast assistance in the case of a cyber attack, the “Cyberwehr Baden-Württemberg” will start operating in Karlsruhe in January. This was announced by Baden-Württemberg’s Minister of the Interior, Thomas Strobl, at the kick-off event on October 11th in Karlsruhe. The various levels and approaches of defensive IT security were examined in several expert speeches.

The Trojans attack on the British health system or the vulnerability of the election software discovered shortly before the elections – many of these headlines are still well remembered. But not only critical infrastructures are at risk; a small craft business can also become the victim of cybercrime as a large corporation or a government. But how can the state, the economy and society remain capable of acting in the face of the increasing IT dependency and the diverse threats in cyberspace?
This question was discussed at the kick-off event of the Cyberwehr in Karlsruhe. The lectures covered IT security from various perspectives – from the individual company to the European Union.
The project “Cyberwehr Baden-Württemberg” will start on January 1st 2018 – in Karlsruhe, Minister Thomas Strobl announced. The Cyberwehr will be accessible to companies at any time by telephone and provide first aid in the case of an IT emergency, make available qualified and tested experts, and also contribute to the prevention of incidents.

The existing expertise in business and science should be built up in the future, Baden-Württemberg should become the top location for cybersecurity internationally.
Almost 250 interested participants listened to the lectures at the Cyberwehr summit. Organizers were the Economic Council of the CDU, Junior Chamber International Karlsruhe and CyberForum.
The event on the subject of “defensive IT security” took place in Karlsruhe ZKM | Center for Art and Media. Guests had the opportunity to take a first look at the exhibition “Open Codes – Living in Digital Worlds”, which will be opened on October 20th.